Doctor Who – The Collection: Season 17

Season 17, the penultimate season starring Tom Baker as the Doctor, will be the next to be released as part of the Doctor Who Collection series.

Doctor Who – The Collection: Season 17 was originally shown between September 1979 and January 1980 consists of the following stories

In 1979, Tom Baker’s Doctor was in full flight. With Douglas Adams (The Hitchhiker’s Guide To The Galaxy) as script editor, the series leaned into Baker’s penchant for humour and paired his Doctor with a regenerated Romana (Lalla Ward) as his travelling companion. Together, they would form one of the most popular Doctor/companion duos of all time.

Although Season 17 was halted behind-the-scenes by strike action (resulting in the season finale being abandoned part-way through production), it remains a beloved slice of Doctor Who history, featuring the return of Davros and the Daleks, and one of the all-time classic stories, Douglas Adams’ own City Of Death.

With all episodes newly remastered from the best available sources, this Blu-ray box set also includes extensive and exclusive Special Features including: 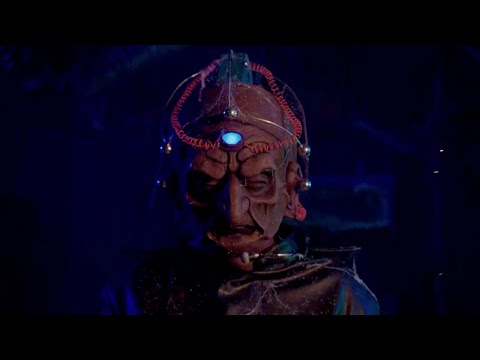