As part of this month's learning resouces from the BBC, CBBC have broadcast a series on classic music for schools over the past week: Ten Pieces have focussed on a number of works based around a theme, and Friday's episode, Back in Time, included a section on the groundbreaking work of Delia Derbyshire in creating the Doctor Who theme, presented by currrent series composer Segun Akinola.

The feature can be viewed via the Ten Pieces Orchestral Films page, and the full programme is currently available to watch on the BBC iPlayer until 27th June, with the Doctor Who theme segment starting from about six minutes.

Supporting material is available from the BBC Teach site, which includes downloadable scores for music showcased within the programmes. For Derbyshire, the Doctor Who theme tune has been published for performance by schools, arranged by Iain Farrington, and features arrangements for beginners, intermediate and grade 4/5 musicians.

(The site also features an item on Richard Wagner's Ride of the Valkyries, introduced by Christopher Eccleston)

The Arena docudrama, Delia Derbyshire: The Myths and the Legendary Tapes, remains available to watch on the BBC iPlayer for the next eleven months. Its director, Caroline Catz, can be heard discussing Derbyshire on Stuart Maconie's Freak Zone from BBC Radio 6, and her BBC Radio 4 Great Lives programme on the composer ifrom January is still available to listen to on BBC Sounds.

Also launched recently is a new film, Sisters with Transistors, described as "the remarkable untold story of electronic music’s female pioneers, composers who embraced machines and their liberating technologies to utterly transform how we produce and listen to music today." The documentary looks at the careers of notable visionaries, including Delia Derbyshire and one of the founding figures of the BBC’s Radiophonic Workshop, Daphne Oram.

The film was disussed on BBC Radio 4's Woman's Hour in April, and works from both composers can still be heard in the recentl repeat of the 2018 BBC Prom Pioneers of Sound. 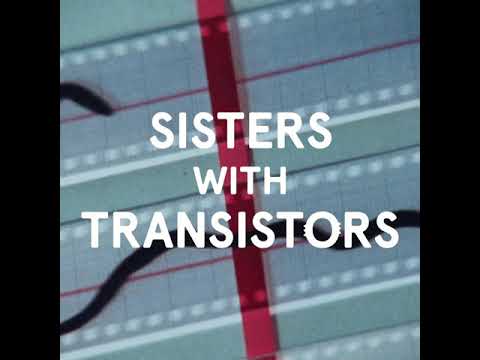